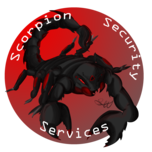 Mike Fisher is President and CEO of Scorpion Security Services LLC.,  a position he has held since starting the company in February 2016.  Headquartered in Alexandria, VA the company serves a variety of clients in the national security and border security industry.  Mr. Fisher provides operational, strategic, and practical solutions and perspectives to companies that want to understand the complexities of the border environment and develop corporate strategies for future investments.

Previously, Mr. Fisher served as Chief of the United States Border Patrol in Washington D.C. for six years, overseeing approximately 25,000 personnel and managing a 3.5B budget.  During his tenure as the Chief, he led a team and developed a comprehensive national border security strategy to include an operational implementation plan.  He frequently advised members of congress, the national security staff, and engaged with industry to explain the new direction of the Border Patrol and their role in the national security mission space.

During the transition to the Department of Homeland Security in March 2003, he was appointed Deputy Director for U.S. Customs and Border Protection (CBP) Office of Anti-Terrorism in Washington, DC, where he staffed and directed the office during periods of increased threats and served as the CBP liaison to the inter-agency intelligence community for anti-terrorist planning and operational coordination.

He completed the selection process for the Border Patrol Tactical Unit (BORTAC) in 1990 and went on to serve as part of the BORTAC command staff.  He led operations throughout the United States and in nine foreign countries.

Mr. Fisher earned a bachelor’s degree in criminal justice and a master’s degree in business administration. He is a graduate of the Senior Executive Fellows Program at the John F. Kennedy School of Government at Harvard University and completed the CAPSTONE program at the National Defense University in 2009.

Mr. Fisher has almost 30 years of distinguished Federal Service.  Upon his retirement he was one of the longest serving Chiefs in the history of the U.S. Border Patrol.